Live at the Harold Pinter Theatre

Tickets available from £8.00
subject to a transaction fee of £3.65
Buy Tickets

One of the world’s most iconic living actors,​ Sir Ian McKellen​, has decided to celebrate his 80th birthday by touring his solo show to theatres around the country. Discussing everything from Tolkien to Shakespeare, it’s an unmissable show.

‍Ian McKellen​ has spent over fifty years as an actor. Playing iconic roles on film and onstage, gracing us with performances in Shakespeare, Checkov and Beckett, to playing Gandalf, Magneto and Mel Hutchwright. ​McKellen ​brings together a unique series of shows that aim to give back to the theatre and arts and giving you the chance to ask questions and interact with the legendary actor and activist himself.

THE TELEGRAPH - 'Warmth, wit and wizardry. Come one, come all and marvel.' 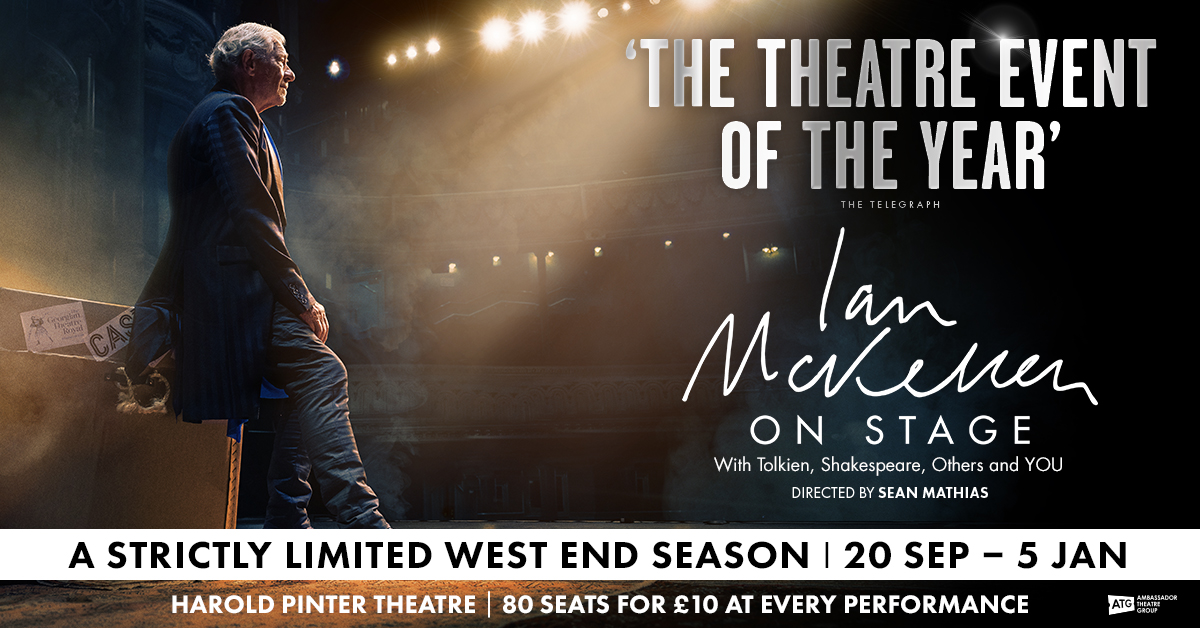