About the Harold Pinter Theatre

‍The Harold Pinter Theatre ​opened on 15 October 1881 as the Royal Comedy Theatre.
The theatre's reputation grew through the First World War when ​C B Cochran​ and André Charlot​ presented their famous review shows. The range of work at the Harold Pinter Theatre ​has been far reaching, from musical comedies to revival and experimental theatre and includes hugely successful shows such as​ Savages starring ​Paul Scofield​ in 1973 and ​The Rocky Horror Show​ making its West End debut in 1979.‍

Alan Bennet​ has appeared with ​Patricia Routledge​ in his ​Talking Heads​ and Stockard Channing​ appeared in ​Six Degrees of Separation​, which won best play at the 1993 Olivier Awards.

The Homecoming​, ​No-man's Land​, ​Moonligh​t, ​The Hothouse​ and the ​Pinter at the Pinter Season​ directed by ​Jamie Lloyd​. In recent years, ​Francesca Annis​ and Anthony Andrews​ have starred in ​ Ibsen​'s​ Ghosts​.

Creative Learning in the West End and how we can inspire you: 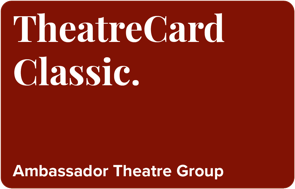 Want to get closer to everything you love about the theatre?
‍
Introducing TheatreCard Classic and TheatreCard Plus: our members' clubs.
Plus:
All of Classic plus...
Free ticket protection
Invite only Facebook group access
News before anyone else
With prices starting from just £35 a year, why not become a TheatreCard member today?
Find out more here