Tickets available from £20.00
subject to a transaction fee of £3.65
Buy Tickets

Novelist Charles Condomine and his second wife Ruth are literally haunted by a past relationship when an eccentric medium – Madame Arcati - inadvertently conjures up the ghost of his first wife, Elvira, at a séance. When she appears, visible only to Charles, and determined to sabotage his current marriage, life – and the afterlife – get complicated.

Jennifer Saunders is one of the UK’s most popular comic actresses. Her gleefully funny performance as the eccentric clairvoyant, Madame Arcati, delighted both critics and audiences alike when the production opened in Theatre Royal Bath’s 2019 Summer Season. With a distinguished creative team who have won a plethora of awards between them, this is a Blithe Spirit full of sparkling and spirit-lifting hijinks.

Jennifer Saunders is much loved for the sketch show French and Saunders, for which she and Dawn French received a BAFTA fellowship in 2009, and for the hit comedy series and subsequent film, Absolutely Fabulous, which she both starred in and wrote.

Lisa Dillon (Ruth) is best known for her role as Mary Smith in BBC 1’s Cranford. Geoffrey Streatfeild’s credits include Spooks, The Thick of It, Traitors and the Histories Cycle at the RSC.

★★★★
"Jennifer Saunders… a revelation. A  fabulous Coward revival. Richard Eyre has cast to perfection across the board"
‍THE TIMES 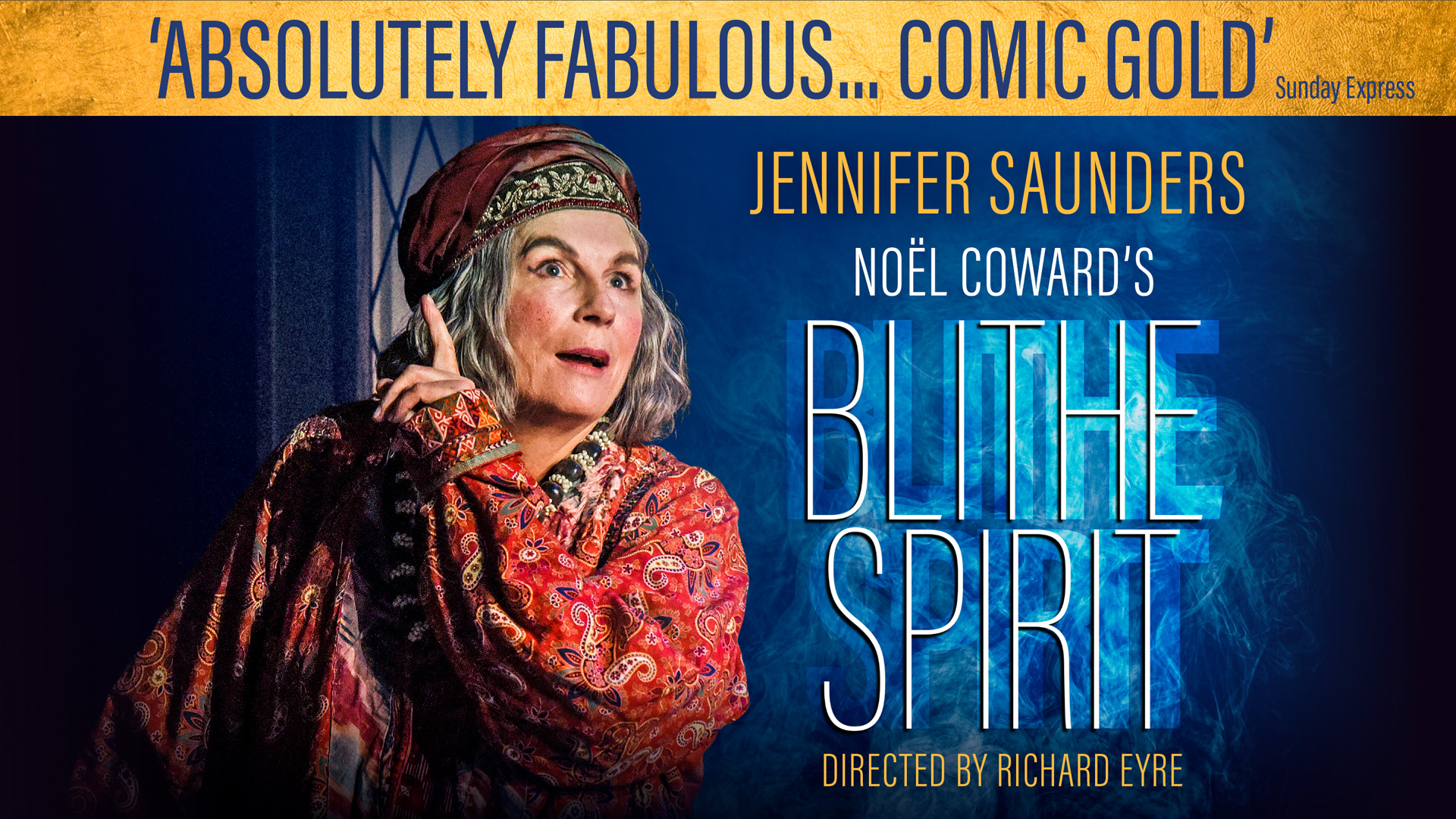